This is one of a series of articles recapping some international issues on gambling harm. 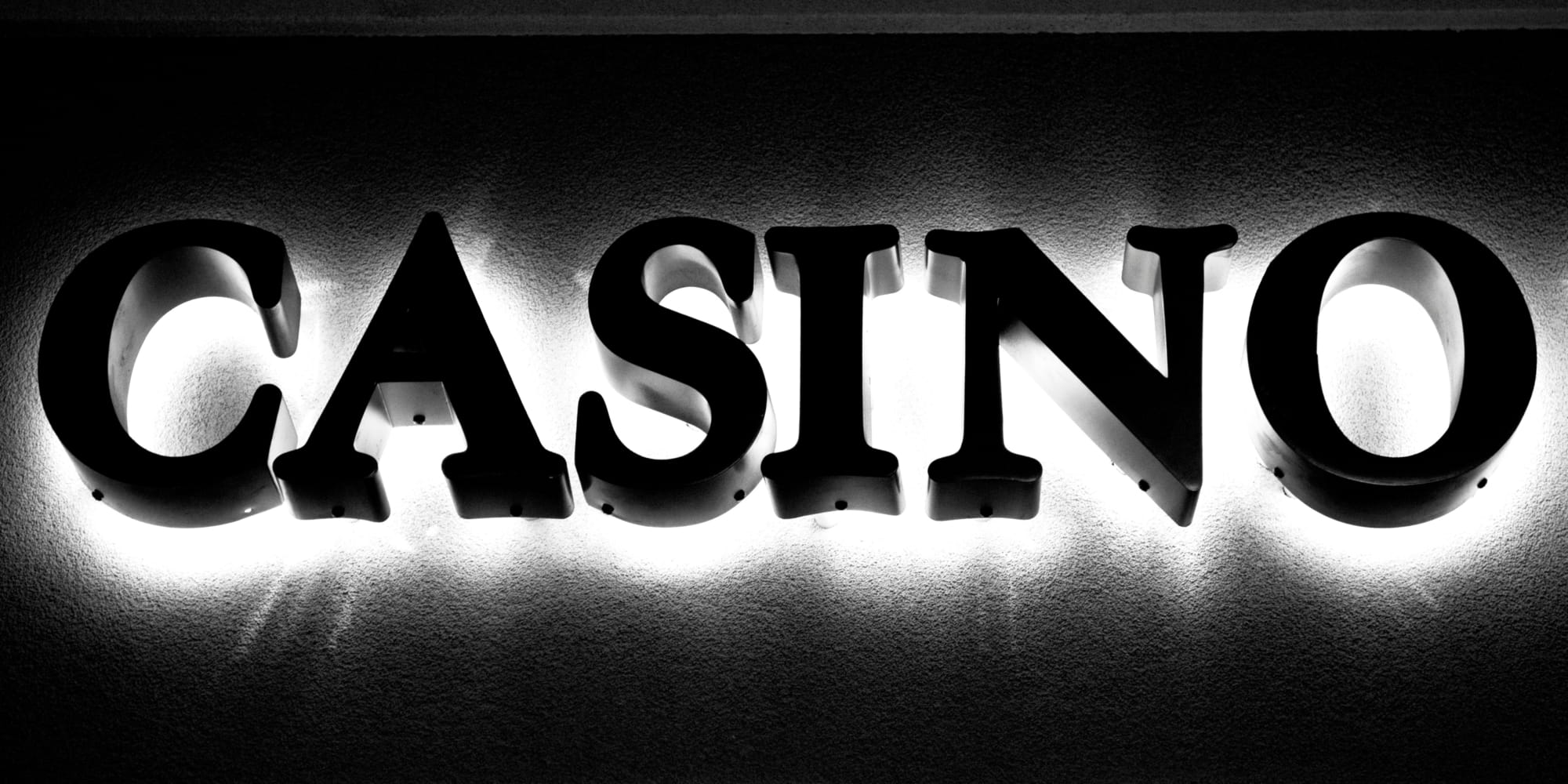 So what’s going on?

The Australian casino sector has endured over recent years negative stories revealing numerous lapses and inadequacies in its ability to operate responsibly.

There are almost 20 casinos throughout Australia, with the largest including the Crown in Melbourne and Perth, as well as the Star in Sydney and the Gold Coast – all of which have been the subject of government inquiries.

There are repercussions from this period still to be felt, with many of the recommended actions yet to be fully implemented.

When did this start?

A number of stories over several years highlighted issues with the conduct of Australian Casino operators (starting as far back as 2014).

“In July and August 2019, various media outlets…published allegations of illegal and/or improper conduct … The allegations included that Crown [the company] or its agents, affiliates or subsidiaries:

What has been the response from regulators?

In spite of rejections being dismissed by the operators, the NSW Independent Liquor and Gaming Authority launched a Suitability Review in 2019 undertaken by the Hon. Patricia Bergin, AO, SC (otherwise known as the Bergin Inquiry).

“That resulted in findings that Crown was unfit for a licence in the three states where it operates. It was allowed to keep taking bets, under government supervision, in the two states where it already had functioning casinos, but a new resort in Sydney has not been allowed to take bets since opening in 2020. The NSW regulator launched a separate inquiry into Star after new media reports accused the company of compliance shortcomings, which it denied.”

The NSW Government agreed to support all 19 recommendations from the Bergin Inquiry Report on the regulation of casinos in NSW and the suitability of Crown Resorts to hold a restricted gaming facility licence.

Furthermore, in response to this report, the Victorian Government launched the Finkelstein Royal Commission and the Western Australian state government initiated the Perth Casino Royal Commission.

The main focus of the Finkelstein Commission, investigating the role of the Crown Casino in Melbourne: “…was to discover whether the misconduct identified in the Bergin Report was more widespread and, if it was, who was involved and what should be done.”

“Within a very short time, the Commission discovered that for many years Crown Melbourne had engaged in conduct that is, in a word, disgraceful. This is a convenient shorthand for describing conduct that was variously illegal, dishonest, unethical and exploitative.”

The Perth Royal Commission also sought to inquire into and report on the affairs of Crown Casino Perth, and its suitability to continue holding a casino gaming licence. In their final report they conclude: “The failures of Crown Resorts Limited and its subsidiaries have been identified in both the New South Wales and Victorian inquiries. At Perth Casino they include:

b)failing to have an effective anti-money laundering program to ensure that financial transactions which were suspicious of money laundering were detected, reversed and reported to relevant authorities;

c)permitting junkets with links to criminals to operate at Perth Casino;

d)failing to minimise casino gambling-related harm in many ways including by seeking changes to the speed of play of electronic gaming machines without adequate investigation of its effect on harm; and

e)failing to be open and accountable in communications with the Gaming and Wagering Commission about various matters, including allegations made in the media about the arrest in 2016 of China-based staff.

New South Wales then launched a separate inquiry into Crown’s competitor, Star Casino, led by Adam Bell SC (Bell Report) as to whether they were suitable to hold a casino licence and to examine compliance with their legal obligations. They concluded that “The Star remains presently unsuitable to be concerned in or associated with the management and operation of a casino in NSW”.

The Queensland Government asked for an independent review of Star (known as the Gotterson Review), and their casinos in Queensland (Star Gold Coast and Treasury Brisbane) and found that they “have been operated in a way that is inconsistent with the achievement of the objectives of the Casino Control Act…The ways in which this occurred were similar in some respects to those identified by [the Bell Report]…” Based on that Report, the Queensland Attorney-General declared that Star Entertainment Group has been found unsuitable to hold a casino licence in Queensland.

In South Australia, SkyCity Adelaide became subject to two separate inquiries. The first, launched in 2021 by the Australian federal government’s financial crimes watchdog AUSTRAC, is probing SkyCity Adelaide for “potential serious non-compliance” with Australian anti-money laundering and counter terrorism financing laws. The other review was launched in July 2022 by South Australia’s Liquor and Gambling regulator for an independent review (undertaken by Brian Martin) “to ensure that the way that SkyCity operates demonstrates that the licensee is still suitable to hold the casino license in South Australia”. The result of this review is yet to be released publicly at time of writing, but is expected to be released early next year.

Nevertheless, AUSTRAC in late 2022 are pushing ahead, taking SkyCity Adelaide to court for alleged serious and systemic non-compliance with Australia’s anti-money laundering and counter-terrorism financing (AML/CTF) laws, including that they:

·“Failed to appropriately assess the money laundering and terrorism financing risks it faced, including the likelihood and impact of those risks, and to identify and respond to changes in risk over time.

·Did not include in its AML/CTF programs appropriate risk-based systems and controls to mitigate and manage the risks to which SkyCity was reasonably exposed.

·Failed to establish an appropriate framework for Board and senior management oversight of the AML/CTF programs.

·Did not have a transaction monitoring program to monitor transactions and identify suspicious activity that was appropriately risk-based or appropriate to the nature, size and complexity of SkyCity.

·Did not have an appropriate enhanced customer due diligence program to carry out additional checks on higher risk customers.

·Did not conduct appropriate ongoing customer due diligence on a range of customers who presented higher money laundering risks.”

Where are things now?

Each State has chosen to take a slightly different approach in response to the findings of each Commission and Review. For example, in Victoria, in response to the recommendations made by the Finkelstein Royal Commission, Mr Stephen O’Bryan KC was appointed Special Manager for Crown Casino in Melbourne from 1 January 2022 until 30 January 2024, advising the Victorian Government about Crown’s reforms, having extensive legislative powers to monitor, assess and if necessary direct, their operations.

The Victorian Government has passed legislation increasing the maximum penalty that can be imposed for disciplinary action. The legislation also established the new regulator, the Victorian Gambling and Casino Control Commission (VGCCC), which commenced on 1 January 2022.

Professor Dan Lubman from Monash University reflecting one year on and the implementing the recommendations from that Commission:

“While Crown Resorts and the Victorian government have started taking important steps to limit the potential for misconduct and reduce gambling-related harm to casino users, recommendations yet to be acted on include limits on shareholding arrangements, a majority independent board, and expanding the functions and powers of inspectors so they can effectively monitor conduct on the casino floor and have unfettered access to all areas of the casino.

There’s still much to be done, and little more than a year left for Crown to get its house in order and become worthy of keeping its casino licence. For once, the odds aren’t in the casino’s favour.”

It looked as though individuals involved in the management of the casinos appear off the hook. From the ABC:

“…no single staff member, executive or board director of either Crown Resorts or Star Entertainment has faced a civil or criminal sanction. Corporate regulator the Australian Securities and Investments Commission (ASIC) and regulators in New South Wales, Victoria and Western Australia have not laid charges — and are unlikely to do so.”

Why does this matter in New Zealand?

From Newsroom: “Asked whether the allegations [at the Adelaide Casino] would have implications for its New Zealand casino licence, Department of Internal Affairs (DIA) general manager of regulatory services Caroline Bridgland Hill said any enforcement or recommendation made to the Gambling Commissioner would need to rely on evidence obtained in relation to an NZ Casino licence. At a glance it seems like Australian troubles will be isolated, but if accusations levelled against its New Zealand operations in the regulator’s statement of claim are proven, it could well come over the Tasman. “

Any major change to rules for gambling in Australia will be monitored by policymakers in New Zealand, as gambling regulators from around the world watch what other jurisdictions are doing to reduce the harm from gambling.